Welcome to the London 2012 Olympic Games

Issued to coincide with the spectacular opening of the London 2012 Olympic Games on 27 July.
The sheet of four stamps features a quartet of Olympic sports: Diving, Fencing, Athletics and Cycling ‘merged’ with four iconic London landmarks: Tate Modern, Tower Bridge, the Olympic Stadium and the London Eye.


A fencer’s lunge is mirrored by the walkway of Tower Bridge.


Runners take the curve of the track as it merges into the new purpose-built Olympic Stadium in Stratford.


London’s iconic Ferris wheel becomes the front wheel of an Olympic racing bike in the final stamp of the miniature sheet. 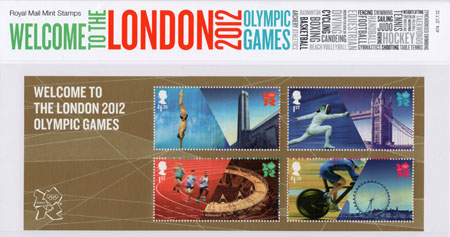 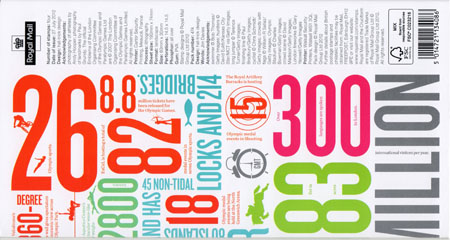 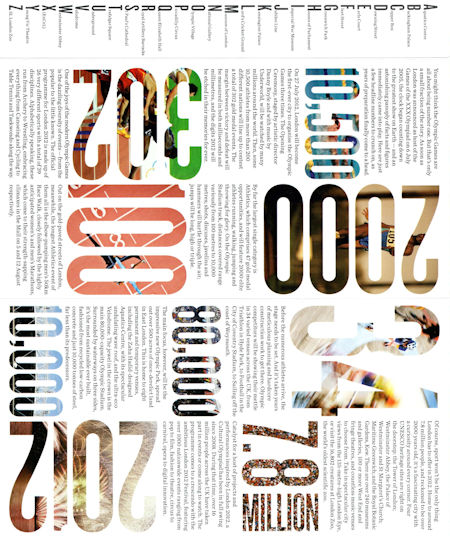 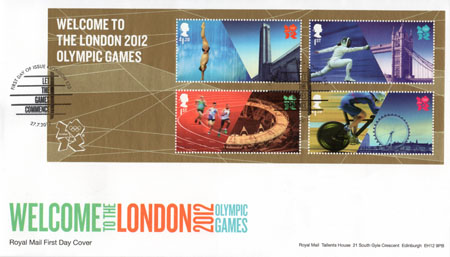 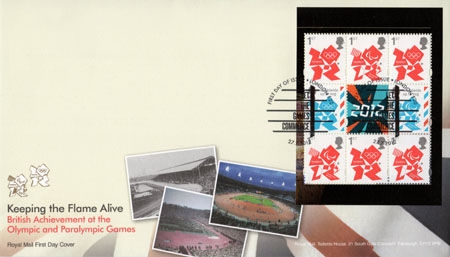 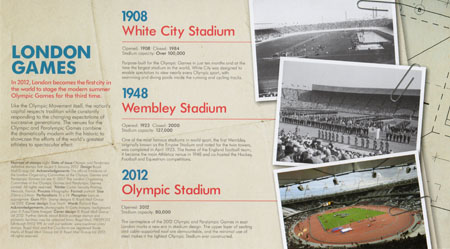 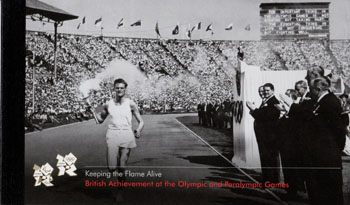 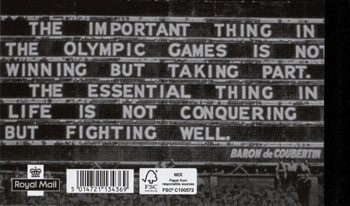 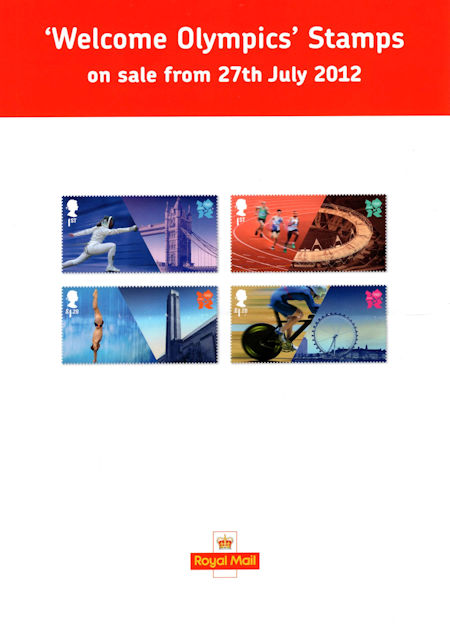 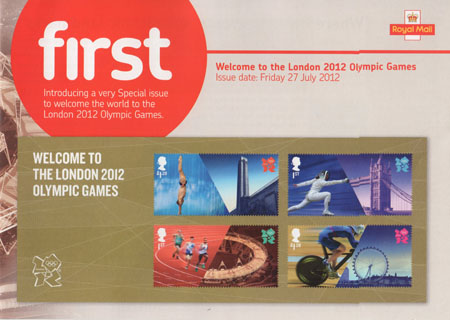 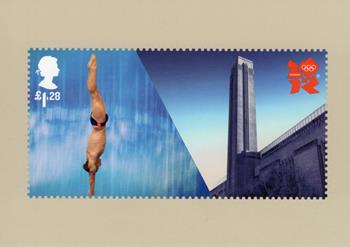 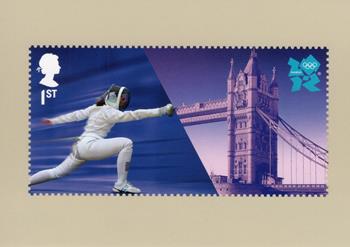 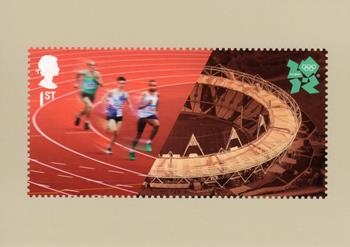 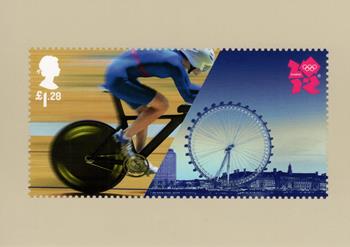 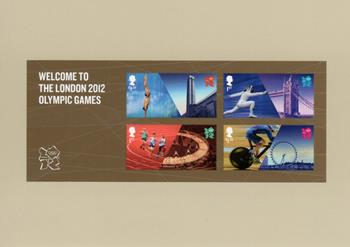