Royal Mail rounds off its British Farm Animals series of Post & Go stamps with its third and final issue featuring six examples of cattle breeds found in the British Isles.


The Irish Moiled is one of the most recognised breeds in Ireland. They are polled cows (hornless) and are generally red with a white line on the back and stomach. They usually have a flecked face and are dual producers. The breed originated in County Leitrim, County Sligo, and County Donegal, but is now found throughout in Northern Ireland. The name Irish Moiled Cow originated from the term “Maol.” This term is Gaelic and references to the dome and the fact that these cows do not have horns. It is very distinctive how their head is shaped like a mound. These cows are also extremely endangered, and up until 1970 the decline was substantial.


The Welsh Black is a dual-purpose breed of cattle native to Wales. As the name suggests, the cattle are naturally black. They generally have white horns with black tips, but these may be removed and there are also naturally hornless (polled) strains. Red individuals occur occasionally – red and other colours were more common in the past. Its hardy nature coupled with its habit of browsing as well as grazing makes it ideal for rough pasture such as heathland and moorland, and for conservation grazing. Traditionally bred for both milk and beef, commercially it is now usually used only for beef


Highlands are known as a hardy breed due to the rugged nature of their native Scottish Highlands, with high rainfall and strong winds. Highland cattle have been successfully established in many countries where winters are substantially colder than Scotland's such as central Europe and Canada. Their hair provides protection during the cold winters and their skill in browsing for food enables them to survive in steep mountain areas. They both graze and browse and eat plants that many other cattle avoid. The meat tends to be leaner than most beef because Highlands get most of their insulation from their thick shaggy hair rather than subcutaneous fat.


White Park Cattle are a very old breed of beef cattle, kept in Britain for more than 2000 years but now rare. They are closely descended from Britain’s original wild white cattle that were enclosed in parks by the nobility during the middle ages. By the end of the 19th century, such parks had largely gone out of fashion and the breed struggled to survive till 1973 when the Rare Breeds Survival Trust was formed and chose the White Park as its logo. From around 60 animals left in the breed at that time, the numbers have grown so that there are now more than 450 adult breeding cows.


The Red Poll originated as a cross between Norfolk Red beef-type cattle and Suffolk Dun dairy cattle (both of these breeds are now extinct). The parent Suffolk breed was also polled – Norfolk cattle had horns but the gene for horns was bred out in the Red Poll breed. The original name for the breed, adopted in 1863, was Norfolk and Suffolk Red Polled cattle, and the first standard description was agreed in 1873, with the first herd book compiled in 1874. The breed became the Red Polled in 1883, and then Red Poll in 1888, when the Red Poll Cattle Society was formed. They are considered to be part of the "Suffolk Trinity" with the Suffolk sheep and the Suffolk Punch heavy horse.


Angus cattle (Aberdeen Angus) are a breed commonly used for beef production. They were developed from cattle native to the counties of Aberdeenshire and Angus in Scotland, and are known as Aberdeen Angus in most parts of the world. They are naturally polled (hornless) and solid black or red, although the udder may be white. There have always been both red and black individuals in the population, and in the USA they are regarded as two separate breeds - Red Angus and Black Angus. Black Angus is the most popular beef breed of cattle in the United States, with 324,266 animals registered in 2005. 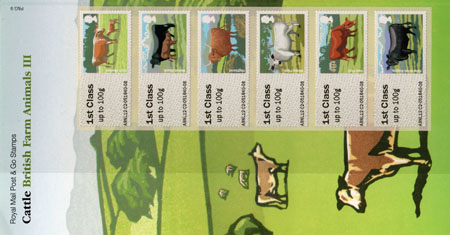 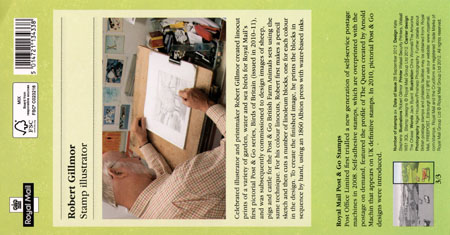 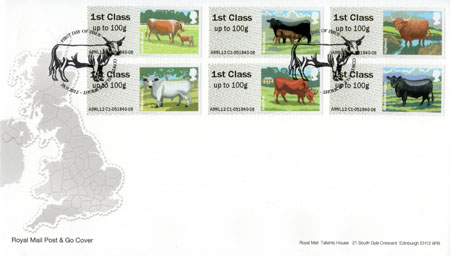 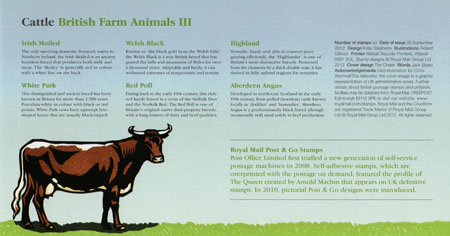 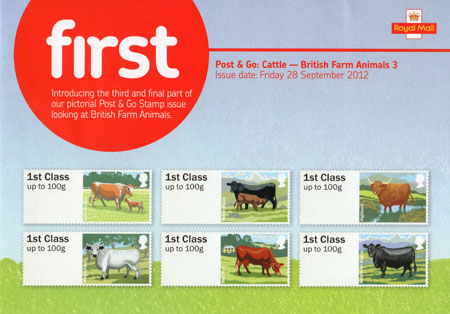