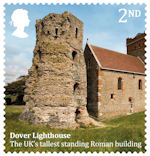 
The Roman lighthouse – pharos – that adjoins the church of St Mary in the grounds of Dover Castle is the tallest surviving Roman building in Britain. Possibly modelled on the Pharos at Alexandria in Egypt, it probably stood to a height of around 24m. When it was in use, a beacon of fire would have been lit at night to guide ships in the Channel. 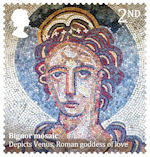 
The Roman villa at Bignor, West Sussex, discovered in 1811 during ploughing, has some of the finest preserved mosaics from Roman Britain. The mosaic featured on the stamp, laid in an apsed room on the villa’s north side, probably dates to the early 4th century AD. It depicts a female head usually identified as the Roman goddess Venus. 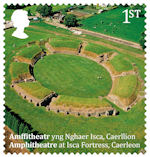 
The amphitheatre at Caerleon (Isca) in southeast Wales (now in the north of the city of Newport) is the most complete to survive in Britain. It was built around AD 80, some years after the establishment of the nearby legionary fortress occupied by the Second Legion Augusta. The amphitheatre has a probable beast pen (carcer), in which animals and possibly humans were kept before their turn in the arena. 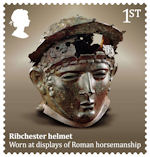 
Discovered by a clogmaker’s son in 1796 at Ribchester, Lancashire, this helmet is one of the finest surviving examples of its type from anywhere in the Empire. It was worn by an expert cavalryman during cavalry sports events (hippika gymnasia) – flamboyant displays of military horsemanship and mounted weapons drill of great skill and timing. It is displayed at The British Museum. 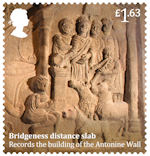 
The Bridgeness distance slab at the eastern end of the Antonine Wall records its building by the Second Legion Augusta and documents the distance erected. The construction of the wall, primarily in turf, was ordered by Antoninus Pius in AD 138, and the wall ran from the Firth of Forth to the Firth of Clyde. It was occupied for only about 20 years. It is displayed at the National Museum of Scotland in Edinburgh. 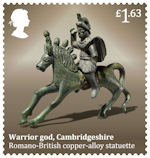 
This attractive copper-alloy fgurine was discovered at Stow-cum-Quy in Cambridgeshire. Dating from the 3rd or 4th centuries AD, it depicts a helmeted rider on horseback who originally would have held a spear in his raised hand. The 8cm high figure is probably that of a local rider-god associated with Roman Mars and may have belonged to a shrine dedicated to the god. It is displayed at The British Museum. 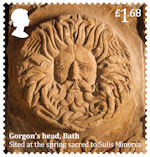 
One of the most striking pieces of stone sculpture to survive from Roman Britain, this head occupied the pediment of the temple to Sulis Minerva at Bath, where it was set on a shield held aloft by Victories. An unusual portrayal of a male Gorgon, it also has echoes of Oceanus, the god of the oceans, an appropriate image for the sacred spring at the Roman Baths. 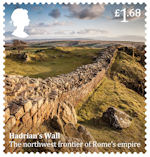 
Hadrian’s Wall is the largest surviving Roman-era monument in Britain. Its construction followed Emperor Hadrian’s visit to the province in AD 122. A stone wall with milecastles, forts and a ditch, it formed a continuous barrier running from the River Tyne at Newcastle to Bowness on the Solway. Its likely purpose was to control tribal activity on both sides of the frontier. 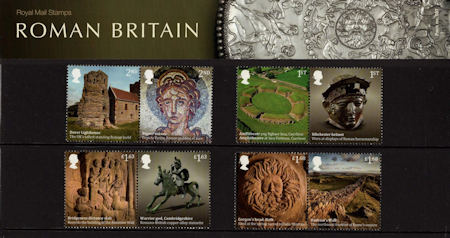 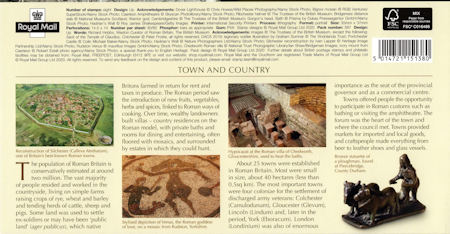 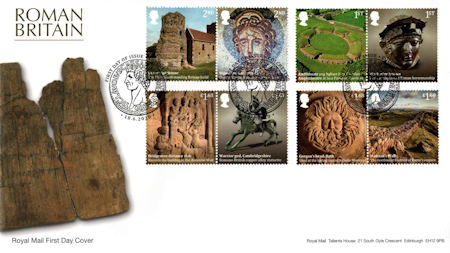 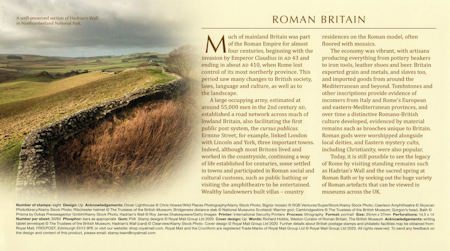 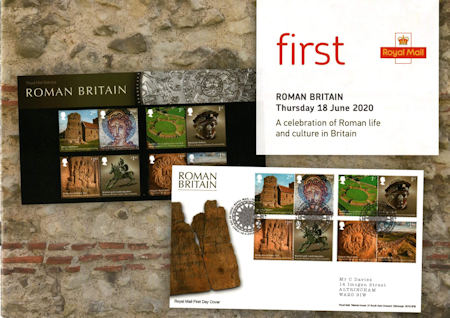 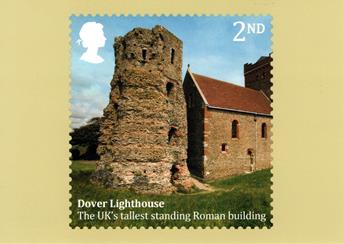 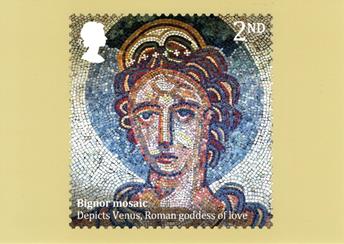 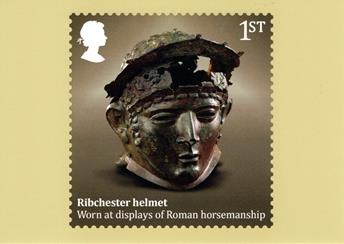 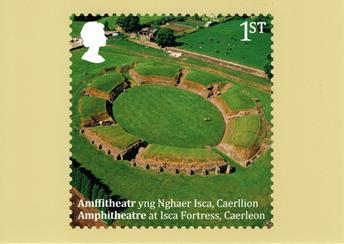 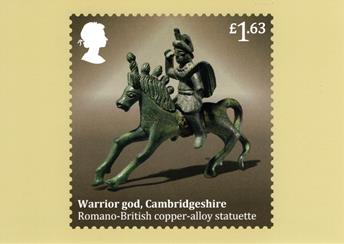 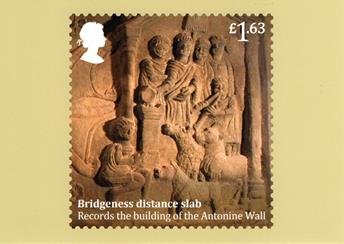 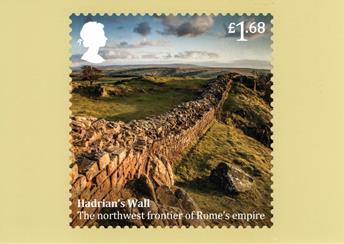 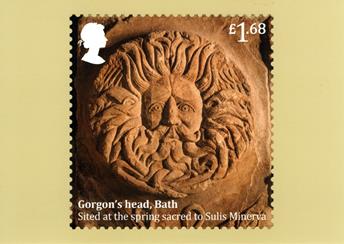