The Wonder of the Wheel

The commemorative sheet celebrates the tenth anniversary of The London Eye. It features ten patriotic 1st Class Union Flag stamps, alongside labels featuring stunning images of Europe’s tallest Ferris wheel, and the unrivalled panorama it offers over the capital.

The images used on the Commemorative Sheet provide a snapshot of the history of the London Eye, from the original sketches entered into the 1993 competition in The Sunday Times to create a landmark for the new millennium, through to its construction and the lasting legacy it has left on the London’s South Bank.

Since 2005 the London Eye’s prime position at the heart of the capital has been utilised to full effect providing the focal point for the annual New Year celebrations, with the wheel itself used as part of the spectacular fireworks displays. 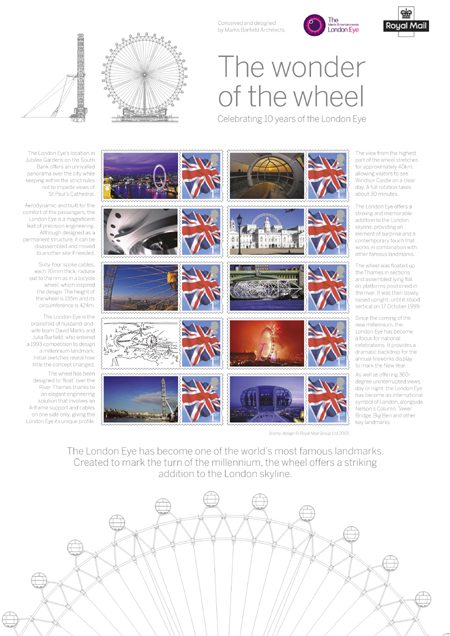