The Royal Shakespeare Company (RSC) stamps, issued on 12 April, highlights six productions from the past five decades, reflecting the wide range of work produced by the company. The productions featured include Hamlet, The Tempest, Henry VI, King Lear, Romeo and Juliet and A Midsummer Night’s Dream. While a four-stamp miniature sheet features the RSC's theatres in Stratford-upon-Avon.

In 1961 Sir Peter Hall founded the RSC. Now fifty years on, the company marks its anniversary in April with a 50th birthday season of new productions designed specially for its recently transformed Stratford-upon-Avon home and the new Royal Shakespeare Theatre trust stage.

Over the past 50 years the RSC has staged Shakespeare plays, classical and new, not only in its Stratford home, but also in London, Newcastle upon Tyne and on tour across the UK and worldwide. 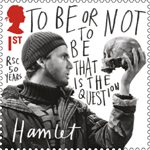 
Hamlet played by David Tennant in 2008 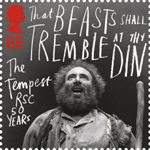 
Prospero played by Antony Sher in 2009 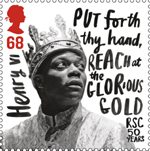 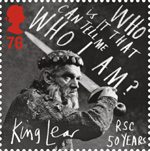 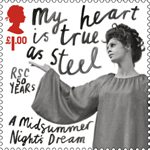 
The fairy queen Titania played by Sara Kestelman in 1970 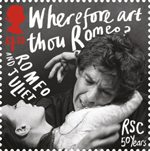 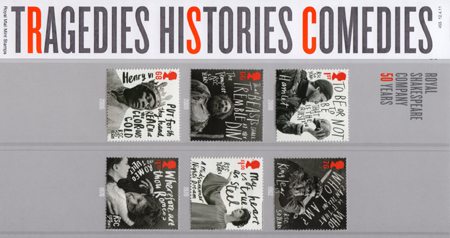 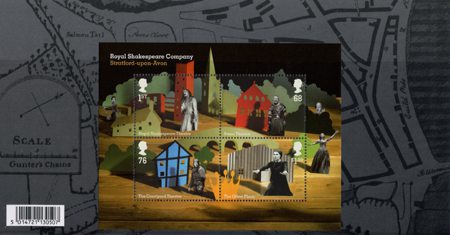 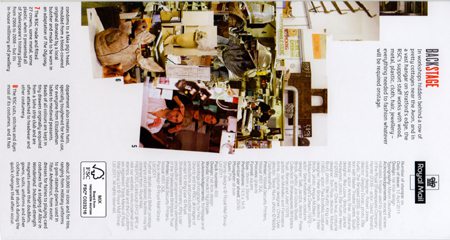 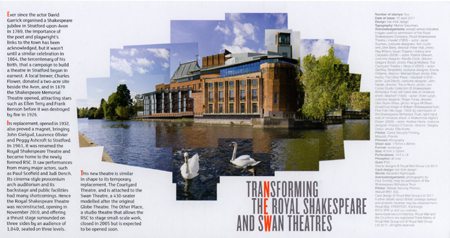 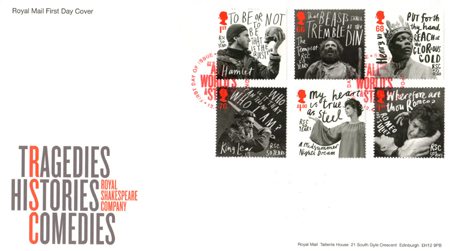 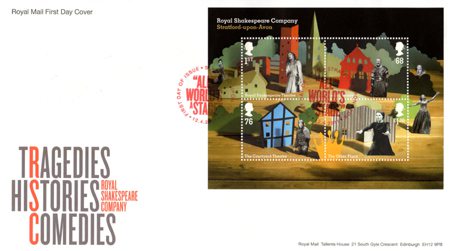 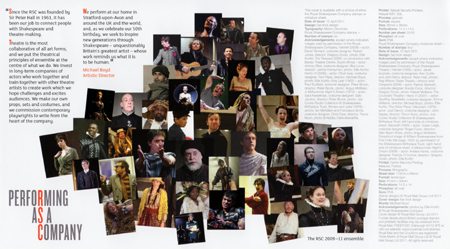 
For the miniature sheet, each Stratford theatre featured is represented by a collage based upon the concept of the individual theatre’s stage, including actors and theatrical scenery. 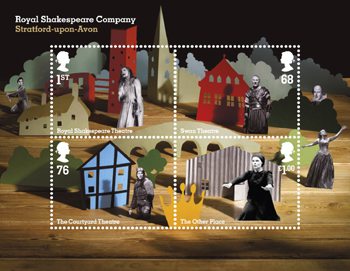 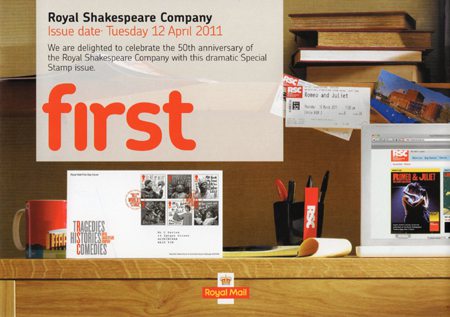 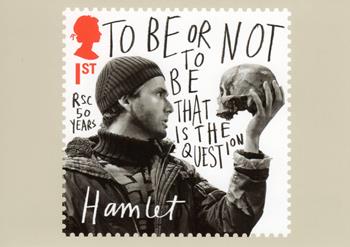 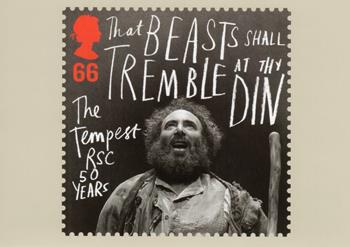 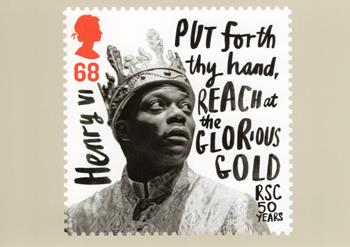 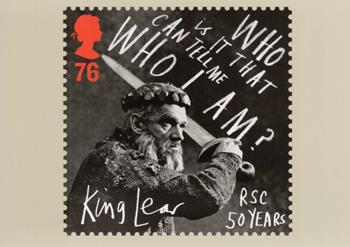 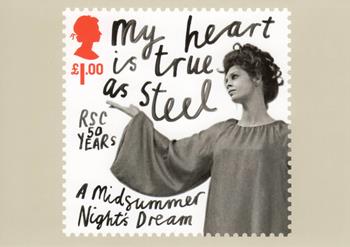 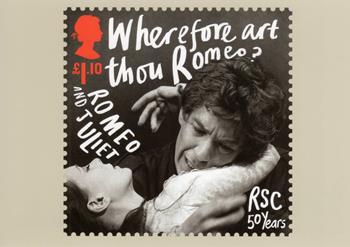 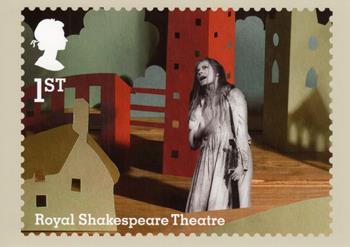 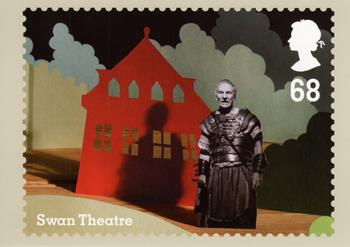 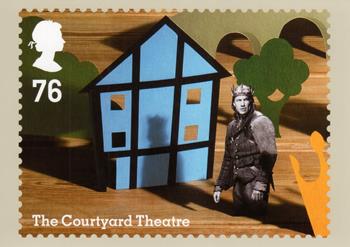 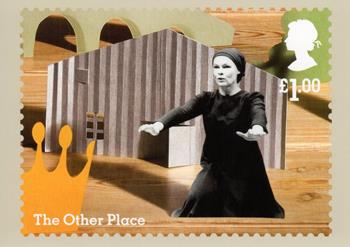 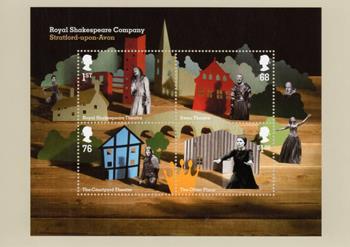