This commemorative sheet of stamps was issued to recognise the sacrifice and contribution made by all those who have served in the Armed Forces. Royal Mail will be donating all profits from this to the National Memorial Arboretum in Staffordshire. 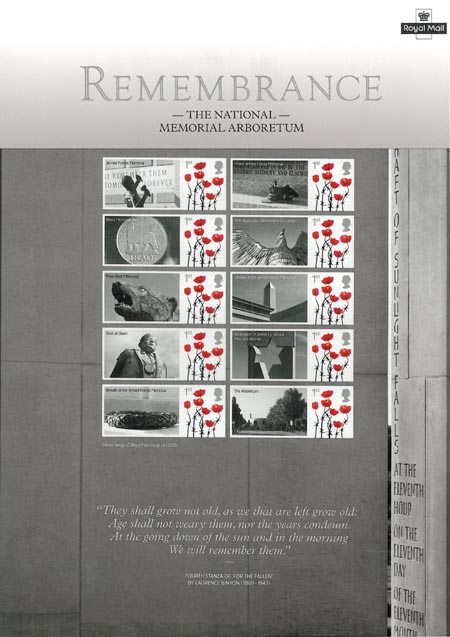