Magical Realms explores some of the world famous wizards and enchanters who have brought a touch of magic to millions of lives.

From the legendary tales of King Arthur to the million-selling books of Sir Terry Pratchett and J.K. Rowling, characters from myth, legend and literature are to take their place on this issue.


Rincewind was the first protagonist of Discworld; a wizard with no skill, no wizardly qualifications and no interest in heroics. He is the archetypal coward, but is constantly thrust into extremely dangerous adventures and not only manages to stay alive, but also saves Discworld on several occasions, and has an instrumental role in the emergence of life on Roundworld (Science of Discworld) and Discworld itself (Eric). 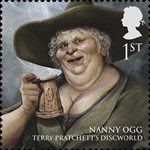 
Gytha Ogg is a witch from Terry Pratchett’s Discworld series. She is a member of the Lancre coven. Her singing voice, when echoed by a half filled bathtub, causes birds to fall from the sky and goat milk to turn into yoghurt while still in the goat.


Dumbledore is the Headmaster of Hogwarts School of Witchcraft and Wizardry. Sir Michael Gambon features on the stamp in character as Dumbledore, with imagery used from the film adaptation. 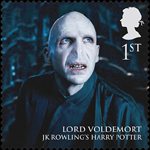 
A Dark wizard, Lord Voldemort and his followers are feared throughout the wizarding world. Ralph Fiennes features on the stamp in character as Lord Voldemort, with imagery used from the film adaptation. 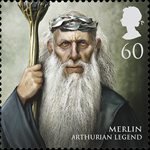 
Merlin is a legendary wizard featured in the Arthurian legend. The standard depiction of the character first appears in Geoffrey of Monmouth's Historia Regum Britanniae, written c. 1136, and is based on an amalgamation of previous historical and legendary figures.


Morgan le Fay, alternatively known as Morgane, Morgaine, Morgana and other variants, is a powerful sorceress in the Arthurian legend. Early works featuring Morgan do not elaborate her character beyond her role as a fay or magician. She became much more prominent in the later cyclical prose works as an antagonist to King Arthur and Queen Guinevere. 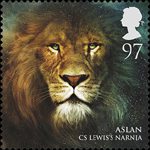 
Aslan, the "Great Lion", is the central character in The Chronicles of Narnia, by C. S. Lewis. He is the eponymous lion of The Lion, the Witch and the Wardrobe, and his role in Narnia is developed throughout the remaining books. He is the only character to appear in all seven books of the series. 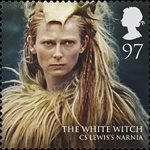 
Jadis, commonly known during her rule of Narnia as the White Witch, is the main villain of The Lion, the Witch and the Wardrobe, the first published book in C. S. Lewis' Chronicles of Narnia series. She is the Witch who froze Narnia in the Hundred Years Winter. Tilda Swinton features on the stamp in character as the White Witch, with imagery used from the film adaptation. 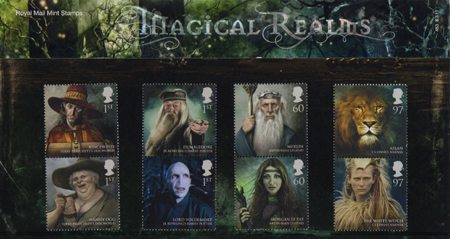 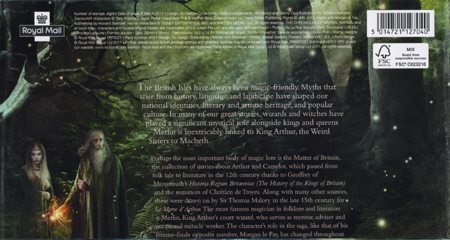 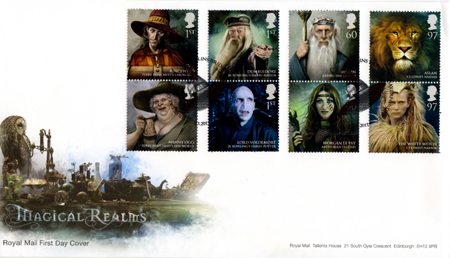 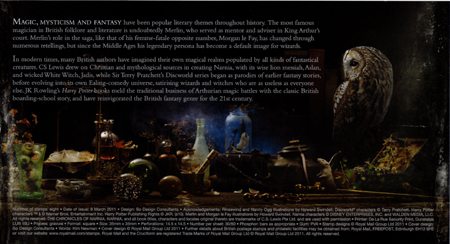 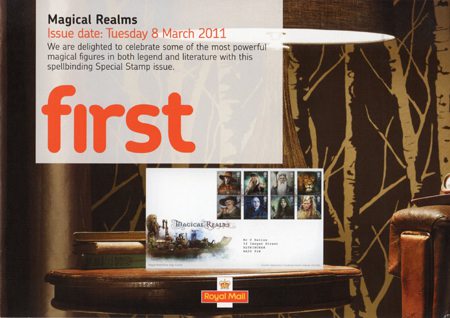 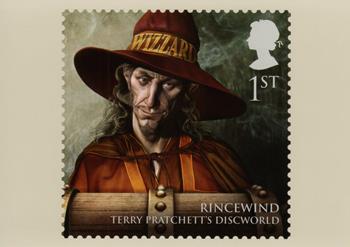 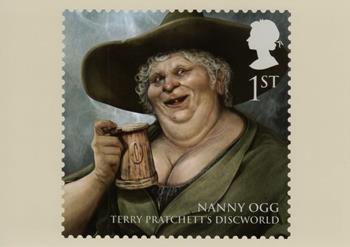 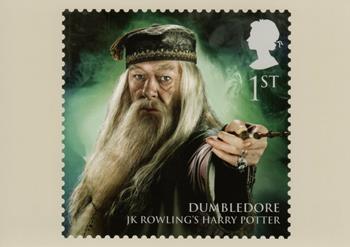 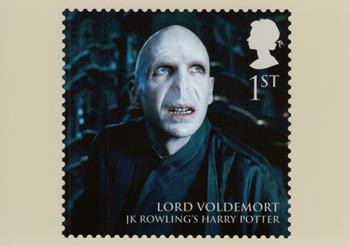 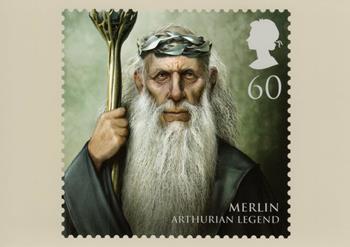 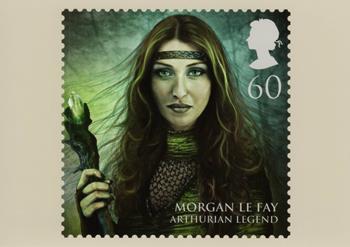 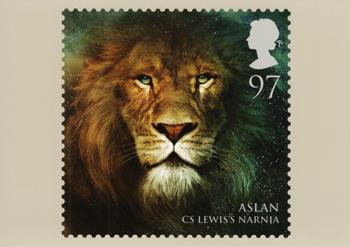 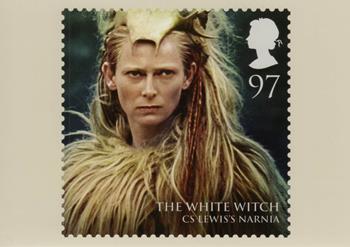