A to Z of Britain, Series 1

Royal Mail embarks on a dramatic 26-stamp, alphabetical odyssey around the UK that features iconic landmarks across all four countries. The first twelve stamps go from A-L. 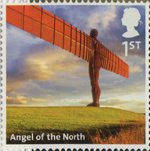 Angel of the North


The Angel of the North is a contemporary steel sculpture designed by Antony Gormley, which is located just outside Gateshead. Standing 20 metres (66 ft) tall, with wings measuring 54 metres (177 ft) across, the wings are angled 3.5º forward to create "a sense of embrace". It stands on a hill on the southern edge of Low Fell, overlooking the A1 and A167 roads into Tyneside and the East Coast Main Line rail route, south of the site of Team Colliery. 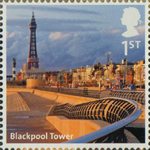 
Blackpool Tower is a tourist attraction in Blackpool, Lancashire. It was opened to the public on 14 May 1894. Inspired by the Eiffel Tower in Paris, it rises to 158m (518 ft 9 inches). The Tower is a member of the World Federation of Great Towers. The tower can be seen from most places within a 30-mile (48 km) radius including Barrow-in-Furness, Lancaster, Liverpool, Manchester, Preston, Chorley and Southport. It is a Grade 1 listed building. 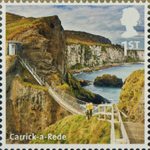 
The rope suspension bridge at Carrick-a-Rede, near Ballintoy, County Antrim, Northern Ireland was originally built by salmon fishermen. The bridge links the mainland to the tiny Carrick Island and is owned and maintained by the National Trust. It spans twenty metres and is thirty metres above the rocks below. Today the bridge is a year round tourist attraction, with 247,000 visitors in 2009. 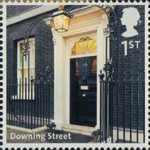 
Probably the most famous front door in the world 10 Downing Street is the headquarters of Her Majesty's Government and the official residence and office of the Prime Minister. The townhouse, from which the modern building gets its name, was one of several built by Sir George Downing between 1682 and 1684. In 1732, George II offered the property to Sir Robert Walpole who accepted on the condition that they were a gift to the office of First Lord of the Treasury rather than to him personally.


Dominating the skyline of Edinburgh, from its position atop the volcanic Castle Rock, There has been a royal castle here since the reign of David I in the 12th century. The site continued to be a royal residence until the Union of the Crowns in 1603. As one of the most important fortresses in the Kingdom of Scotland, Edinburgh Castle has been involved in many historical conflicts, from the Wars of Scottish Independence in the 14th century, up to the Jacobite Rising of 1745, and has been besieged, both successfully and unsuccessfully, on several occasions. From the later 17th century, the castle became a military base, with a large garrison. Its importance as a historic monument was recognised from the 19th century, and various restoration programmes have been carried out since. 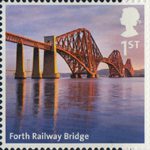 
The Forth Bridge is a cantilever railway bridge over the Firth of Forth in the east of Scotland, to the east of the Forth Road Bridge, and 14 kilometres (9 miles) west of central Edinburgh. It was opened on 4 March 1890. It is often called the Forth Rail Bridge or Forth Railway Bridge to distinguish it from the Forth Road Bridge although it has been called the "Forth Bridge" since its construction and had for over seventy years the sole claim to this name. 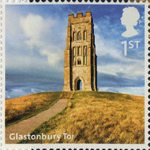 
Glastonbury Tor is a hill at Glastonbury, Somerset, which features the roofless St. Michael's Tower. The site is managed by the National Trust and has been designated as a Scheduled Ancient Monument. Tor is a local word of Celtic origin meaning ‘rock outcropping’ or ‘hill’. The Tor has a striking location in the middle of a plain called the Summerland Meadows, part of the Somerset Levels. The plain is reclaimed fenland out of which the Tor once rose like an island, but now, with the surrounding flats, is a peninsula washed on three sides by the River Brue. The remains of Glastonbury Lake Village nearby were identified in 1892, showing that there was an Iron Age settlement about 300–200 BC on what was an easily defended island in the fens. The spot seems to have been called Ynys yr Afalon (meaning “The Isle of Avalon”) by the Ancient Britons, and it is believed by some to be the Avalon of Arthurian legend. 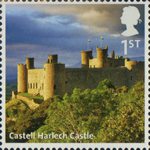 
Harlech Castle, located in Harlech, Gwynedd, Wales, is a concentric castle, constructed atop a cliff close to the Irish Sea. Architecturally, it is particularly notable for its massive gatehouse. Built by Edward I during his conquest of Wales, the castle was subject to several assaults and sieges during its period of active use as a fortification. The castle served as the de facto capital of an independent Wales between 1404 and 1409 when it was held by Owain Glyndwr. The later seven-year siege of the castle, during the Wars of the Roses, has been memorialised in the famous song “Men of Harlech”. 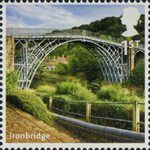 
Ironbridge is a village on the River Severn, at the heart of the Ironbridge Gorge, in Shropshire. It lies in the civil parish of The Gorge, in the borough of Telford and Wrekin. Ironbridge developed beside, and takes its name from, the famous Iron Bridge, a 30 metre (100 ft) cast iron bridge that was built across the river there in 1779. The bridge was the first cast iron arch bridge in the world. 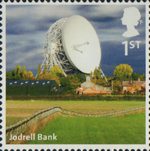 
For over 50 years the giant Lovell Telescope at Jodrell Bank has been a familiar feature of the Cheshire landscape and an internationally renowned landmark in the world of astronomy. Since the summer of 1957 it has been quietly probing the depths of space, a symbol of our wish to understand the universe in which we live. Even now, it remains one of the biggest and most powerful radio telescopes in the world, spending most of its time investigating cosmic phenomena which were undreamed of when it was conceived. 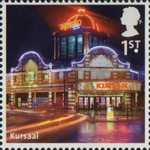 
The Kursaal in Southend, Essex, was designed by the architect Campbell Sherrin, also responsible for the Brompton Oratory. The Kursaal building and its Dome were at the cutting edge of architectural design. Originally intended as an entertainment venue and gardens, the twenty-six acre site rapidly included the latest attractions and rides as they were developed. Famous in the 1920s and 1930s as the fairground of the East End of London, the Kursaal was at its peak at the start of World War II.


Lindisfarne is a tidal island off England’s north-east coast. It is also known as Holy Island. The monastery of Lindisfarne was founded by Irish born Saint Aidan, who had been sent from Iona to Northumbria at the request of King Oswald ca. AD 635. It became the base for Christian evangelising in the North of England and also sent a successful mission to Mercia. The priory was abandoned in the late ninth century because of persistent Viking raids. 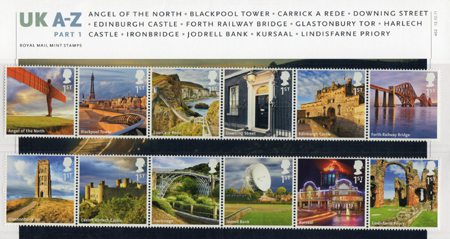 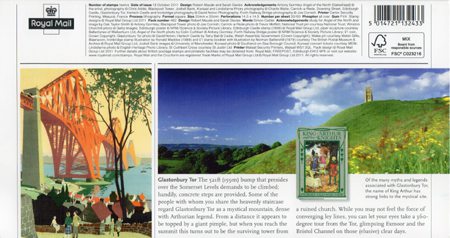 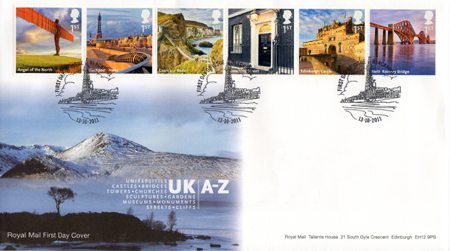 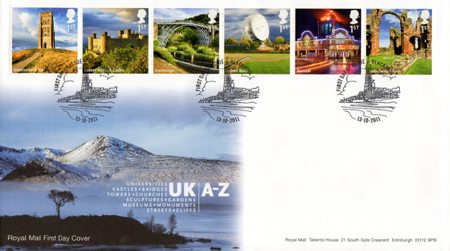 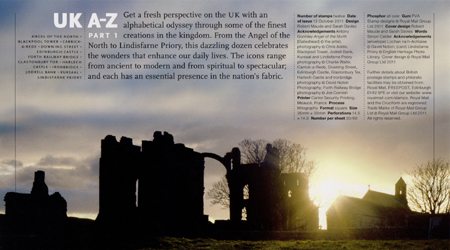 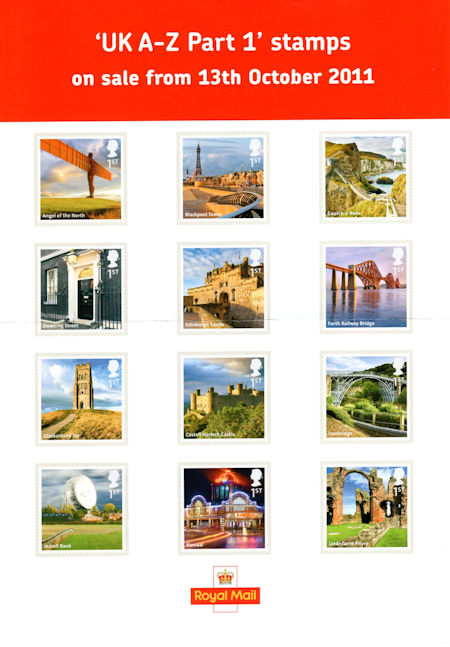 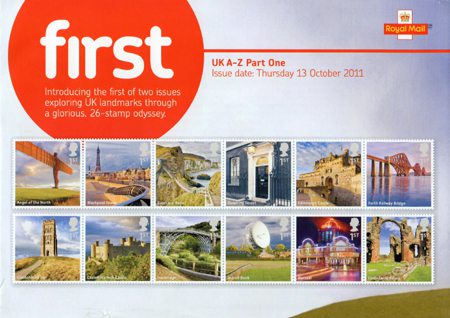 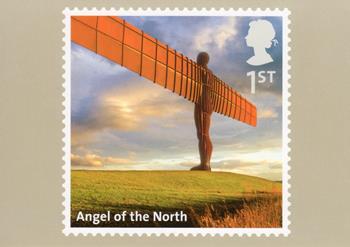 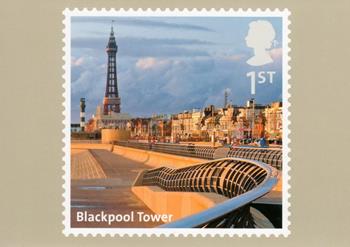 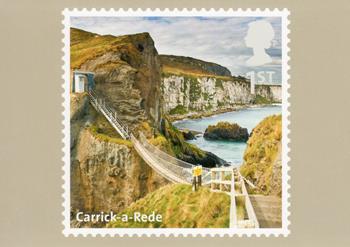 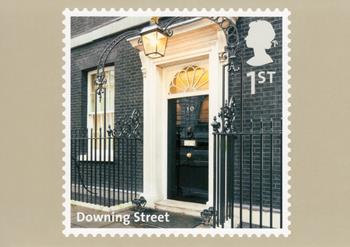 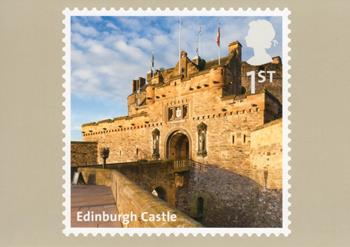 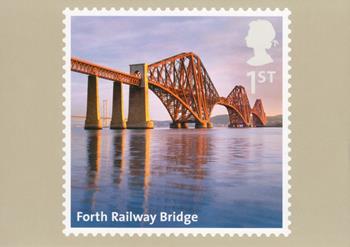 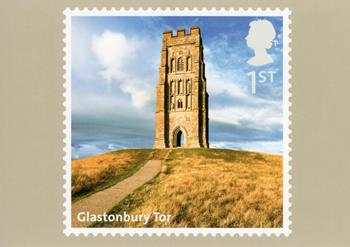 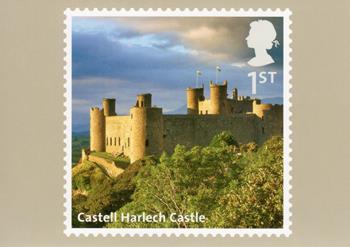 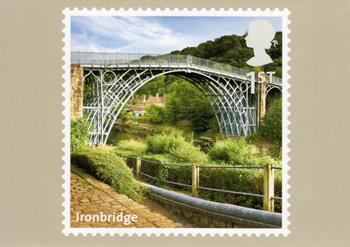 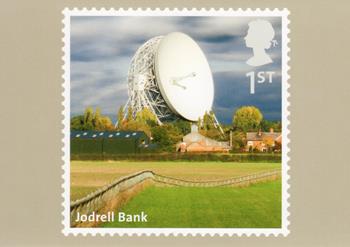 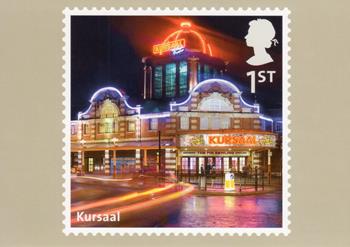 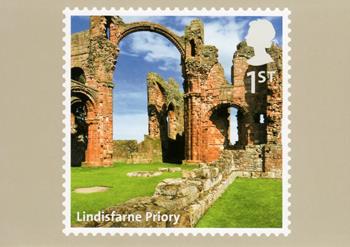