Gustav Hamel’s 15-minute flight from Hendon Aerodrome to Windsor Castle on 9 September 1911 was part of the celebrations of the coronation of King George V. It was the first of 16 aerial post flights carrying commemorative postage to mark the coronation. The flights took place until 26 September 1911 and are recognised as the world’s first scheduled airmail service.


Pilot Gustav Hamel is handed the first bag of mail for the inaugural flight at Hendon Aerodrome.


Sitting in the cockpit of his Blériot monoplane, Gustav Hamel is ready to take off from Hendon Aerodrome.


Clement Greswell was another one of the pilots who took part in the aerial post service also flying a Blériot monoplane.


A postman was dispatched to the Frogmore Mausoleum, within the grounds of Windsor Castle, where Hamel touched down. He collected the mail - and the aviator – and returned to the castle. 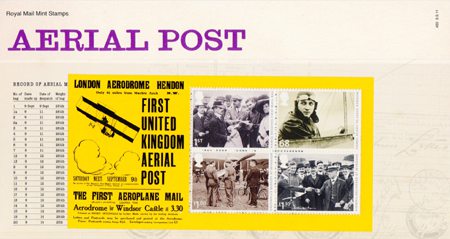 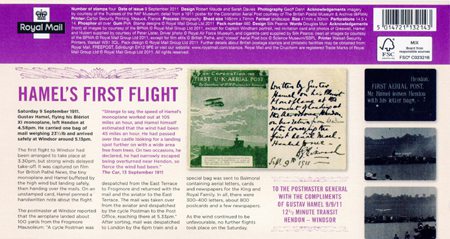 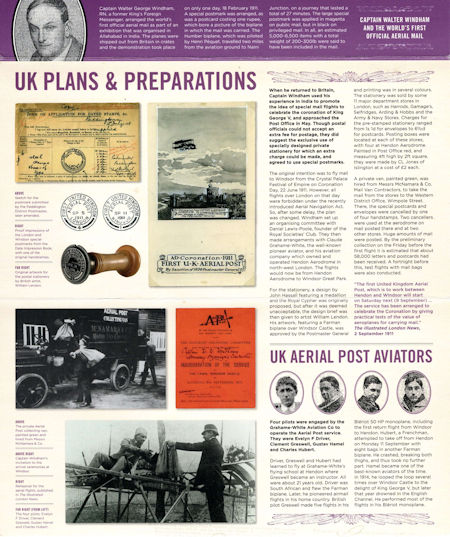 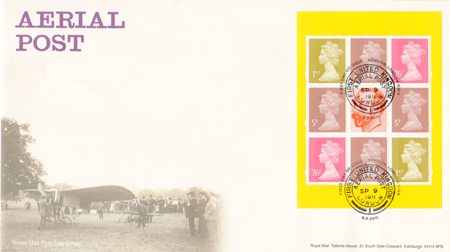 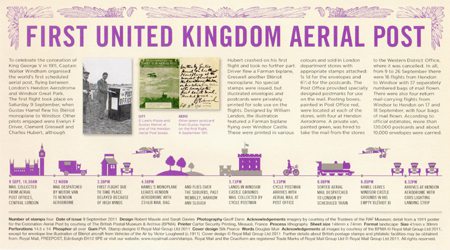 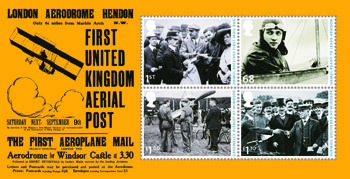 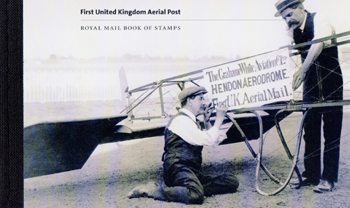 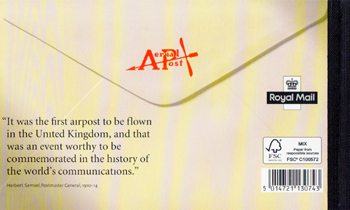 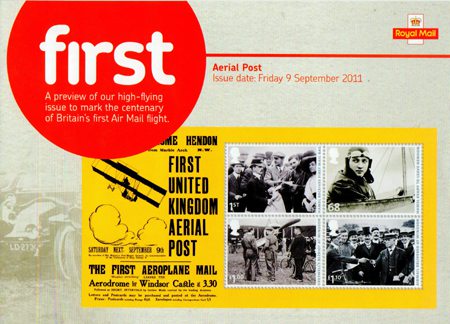 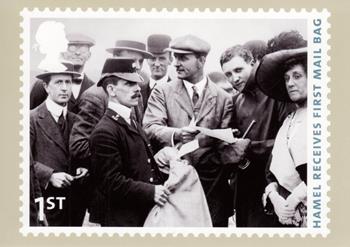 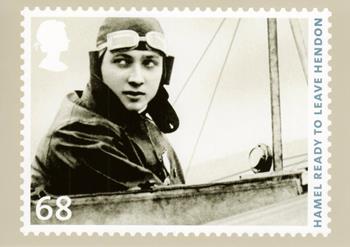 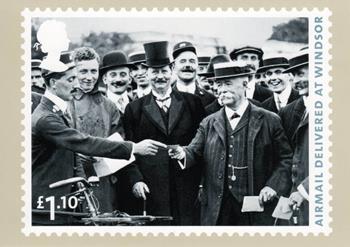 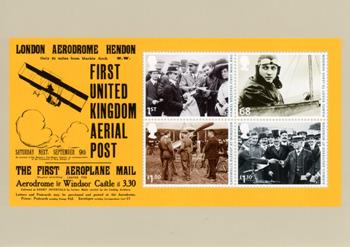