The Classic Locomotives series pays tribute to the ‘workhorses’ of the railways,
many of which had working lives of several decades before diesel and electric
technology completely took over in the 1960s.

The earliest railways in Wales were built for commercial and industrial purposes
and served collieries and smelting works. Classic Locomotives of Wales features
steam locomotives used not just on the public railway network but also in many
industrial settings, the main one being the transportation of coal from the steep
narrow valleys to ports such as Cardiff and Barry.

Values do not have currency symbols (1st as Af) as this is a Welsh issue.


Blanche rounds the curve off ‘The Cob’, passing Pen Cob Halt on the Ffestiniog Railway, 1964.


The Earl waits on Union Street, Welshpool, while a car is moved from the line. 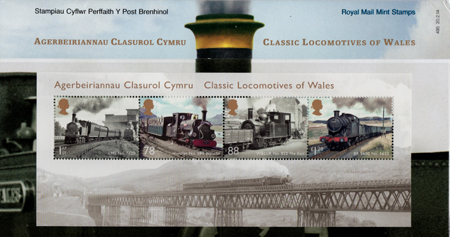 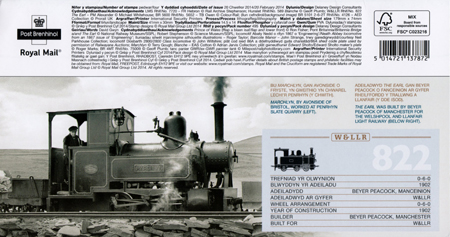 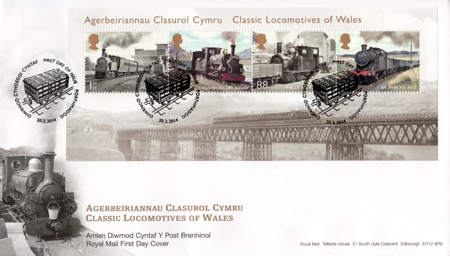 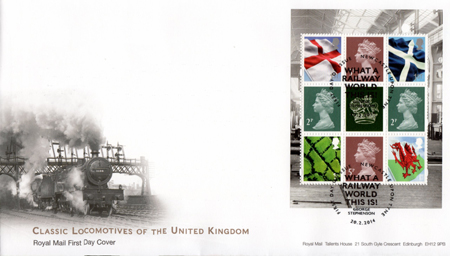 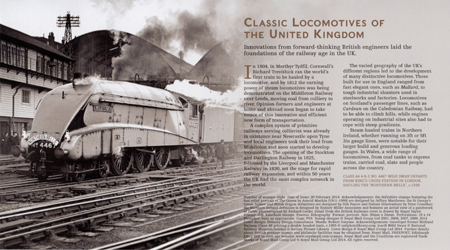 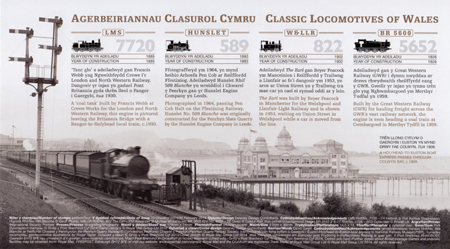 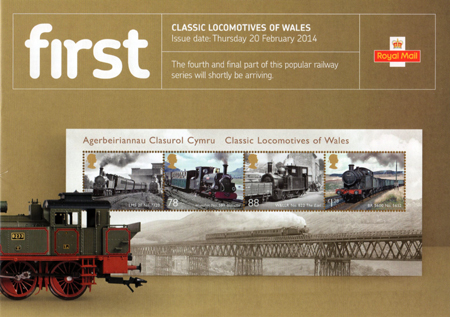 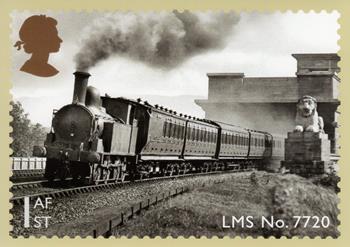 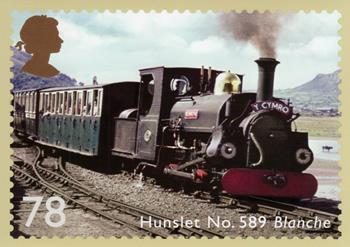 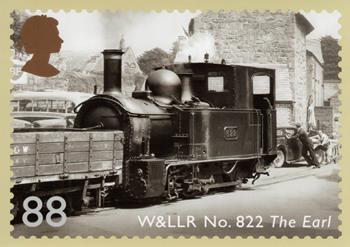 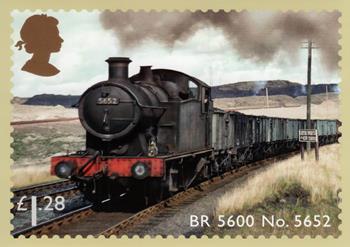 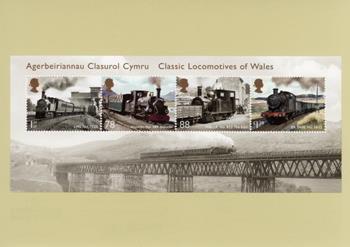